From the Office of the State's Attorney for Worcester County 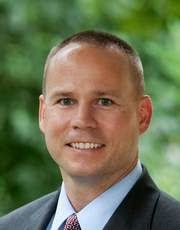 Today marks the conclusion of a long and painful journey for the Niblett family. After being found guilty of First Degree Murder in June of this year, Charles Phillips was sentenced to Life Without The Possibility of Parole.

I am greatful for the extraordinary efforts of law enforcement, the hard work and dedication from members of The Office of The State's Attorney and most importantly the strength and trust of the Niblett family.

Because of their efforts and support, Mr. Phillips will spend the rest of his natural life in prison.

POCOMOKE CITY, Md. - Police need your help locating two black male suspects they say are responsible for an armed carjacking Tuesday morning.
Authorities say the incident occurred around 5:00 a.m. in the employee parking lot of the Wal-Mart located on the on the 2000 block of Old Snow Hill Road.
The two suspects allegedly stole an employee's car at gunpoint. One of the suspects is being described as 5'10" in height and wearing a red jacket.
Police say they have located the stolen car. The vehicle was involved in a motor vehicle accident in Accomack County, said officials. Authorities say the drivers are unknown at this time.
Anyone with information on this incident is asked to call the Pocomoke City Police Department at (410) 957-1600.
Posted by jmmb at 10:01 AM 3 comments: 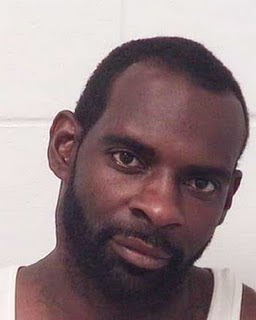 SNOW HILL -- The first day of what is expected to be a two-day court trail for Alexander Crippen began with testimony from about a dozen people, including Torrance Davis, whom Crippen is charged with trying to kill.

Police found a Bushmaster assault rifle, AR-15, at 503 Laurel St., about one block away from where the shooting took place.

Davis also testified that he had been at the scene of the shooting for about 10 minutes when, he said, Crippen "just started shooting."

"I think he emptied his clip ... maybe six or seven shots," said Davis. "I seen the fire come out of the gun."

An officer from the Pocomoke City Police Department, who was one of the first officers on the scene, testified that when she asked Davis to tell her who shot Handy, he was unable to.

"As I was tending to the victim, I said, 'If you know who did this,' you need to tell me," the officer testified, indicating she lowered her voice so people standing in the crowd could not hear her. "He just kept saying 'R.J., breathe' ... he didn't answer me or say anything in response to the question."

Crippen was previously charged with the shooting death of Reginald Jerome Handy Jr., Davis's cousin, who was found dead at the scene the night of the events now being discussed at trial. But the charge of murder was dismissed at a pretrial motions hearing last week, leaving the lesser attempted murder and assault charges, which are still felonies.

Man Arrested For Multiple Thefts And Burglaries In Pocomoke

POCOMOKE CITY — Police said a man arrested Nov. 12 after a foot chase has been charged with thefts and burglaries from four places and may be charged with additional crimes.

Harmon is being held at the Worcester County Jail on $20,000 bond, police chief J.D. Ervin said in a statement. In the statement, Ervin said Harmon is a “person of interest in other criminal activities and thefts from motor vehicles” and said police are investigating further.

POCOMOKE CITY — An 18-year-old man died Wednesday after being stabbed, and Worcester County law enforcement officials are calling it a homicide.

The victim was stabbed around 3 p.m. in the area of Ninth Street and Laurel Street in Pocomoke City, according Worcester County State's Attorney Joel Todd. The victim was taken to Peninsula Regional Medical Center in Salisbury, where he was pronounced dead.

Todd said the victim has been identified but declined to give the boy's name. Todd said the victim's body was found behind a home and showed no signs of life. He said the Worceter County Bureau of Investigation and Pocomoke City Police are investigating. Todd said it was the third homicide this year in Pocomoke.

Pocomoke City District 3 Councilman Bruce Morrison said the body was found across the street from the town's middle school. As a result, the town's elementary, middle, and high schools were put on lockdown for a brief time as classes were about to be let out, as a matter of protocol.

"It's getting scary," he said, noting the incident occured near his home. "I don't want to see things like this happening my town. I'm very concerned about it. I'm going to talk to the City Manager about it, and we're going to see what we can do about getting it under wraps."

Kudos to Councilman Morrison! I hope he will continue to work on this and all crime in the wonderful city of Pocomoke. The citizens deserve to know. The citizens NEED to know about ALL crime in the area. How can they fight something they do not have a full grasp on?

Citizens Meeting On Crime In Pocomoke

Here you go citizens of Pocomoke! The door is wide open for all of you to join in next time. Let the city councilmen and your police chief know what YOU expect! They can't read your mind and that won't know how you feel just by sitting at home and texting you best friend about the drug bust YOU just watched from your windown. It doesn't happen like that.

You don't need the Mayor to babysit. You need the people that were present at this meeting to continue to help all of you with your need to fight crime. You need to let your chief know that NONE of you will tolerate this type of community abuse any longer.
There is no need to sit back and let someone else take care of it. It's everyone's problem. You people of Pocomoke know how to work together as a community. You have their attention and it is up to you to help THEM help you as taxpaying citizens of Pocomoke. And one thing for sure, Chief Ervin works for all of you.
The Neighborhood Crime Watch group is only as good as the 2-way participation..........takes the citizens and it takes the city police.

Speaking during a community meeting at New Macedonia Baptist Church, Ervin said five sections of the town had been formed some time back as crime-watch zones. All have been active at one time or another, he said, but had been discontinued by the residents involved in them. Anyone who wishes to volunteer can call the chief at 410-957-1600.

Most of the people attending the meeting, including members of the City Council, police, candidates for office and area residents, were in agreement that action needed to be taken to prevent crime. They thought that there would be better attendance at the meetings if residents were aware of the action.

Carroll Overholt, a retired Maryland State Police officer and candidate for sheriff, spoke out in favor of the crime watches, saying that the police can't solve the problems alone. "We don't have enough police," he said.

However, James Jones, an area resident, said that there is talk in the streets about what is going on at community meetings like the one at New Macedonia. "We have their attention," he said.

Dean Guy, a Pocomoke property owner, said that he has called police about the drug problem he sees, and has even offered to allow the police use a vacant house to observe the area. He said he thinks crime levels are getting worse.

But Ervin said statistics show the crime rate is down, and figures on crime compiled by the FBI back up that assertion. The statistics show Pocomoke police took reports on 28 violent crimes occur in 2009, compared to 31 such crimes in 2008 and 29 in 2007. Police in the city recorded 216 instances of property crime in 2009, compared to 239 property crimes in 2008 and 243 such cases of burglary, theft and arson in 2007.

Council member Bruce Morrison called drugs a problem that will never go away. He said that he gets weekly reports about arrests and then sees where the crimes are not processed. "They are let go," he said. He added that he has talked to people in his district about it, and that no one wants to get involved.

The discussion turned to neighborhoods, but Councilman Robert Clarke called the entire town of Pocomoke City his neighborhood.

The next community meeting is planned for Saturday, Oct. 16, at 10 a.m. at New Macedonia Church.

POCOMOKE CITY, Md. - The trial for a murder suspect has been postponed in Worcester County.

Alexander Crippen was set to appear before a judge and jury (today)Wednesday, September 8th, but the trial has now been pushed back to December.
Crippen is accused of shooting Reginald Handy Jr. near Laurel and Fifth streets in Pocomoke back in May.
He is charged with multiple offenses including first degree murder.
www.wmdt.com
Posted by jmmb at 12:53 PM No comments:

The state police officers “approached four loitering suspects,” charging documents state, and “they attempted to walk away when spoken to.” As police were interviewing the men and checking for weapons, police said, “one of the individuals pushed the trooper’s hand away, which led to a full search.” Police said they found crack cocaine “on him and in the immediate area of the other suspects.”

Arrested were James Edward Douglas, 20, of Bank Street in Pocomoke City; Mar-Tel L. Blake, 20; Jarren K. Hinmon, 21; and David D. Dickerson, 19. All four men were charged with crack cocaine possession, police said, and Hinmon also had an outstanding bench warrant for his arrest, issued in May and related to charges of armed robbery and assault. Hinmon was held on $50,000 bond. Court records show Douglas was also charged with malicious destruction of property.

Here's your chance Pocomoke residents to let the Pocomoke City Police Department know how you feel about the crime in Pocomoke.

POCOMOKE CITY -- On Saturday, Aug. 7 at 10 a.m., all are invited to attend a community meeting at Bethany United Methodist Church, 205 Second St.

The Pocomoke Police Department is prepared to help residents become united to help them fight crime in the community.

There have been two other meetings with various suggestions.
Posted by jmmb at 7:30 AM No comments:

POCOMOKE CITY, Md.- The publics help is needed in identifying three suspects wanted in an armed robbery that occurred at the Goose Creek/ Arbys in Pocomoke last Wednesday.


Detectives with the Worcester County Bureau of Investigations say that at around 11:40 p.m. June 9, three suspects entered the Goose Creek/Arby's located on Stockton Road and demanded money. The suspects, one of whom was armed with a black semi-automatic handgun, were given an undisclosed amount of cash and fled the scene.

According to police, one of the suspects was described as a

SUSPECT # 2 - was described as a black male, between 5-foot-8 and 5-foot-10, medium build and wearing a black T-shirt, face mask and blue jeans.

Anyone with information about the identities of the suspects, or has information regarding the robbery, is asked to contact the Maryland State Police Berlin Barrack at (410) 641-3101 or the Worcester County Bureau of Investigations at (410) 352-3476.
Posted by jmmb at 12:17 PM 2 comments:

Just heard there was a robbery in Pocomoke City at the Goose Creek/Arby's.

Subjects took off on foot towards the Market Street area.

Be safe Pocomoke.
Posted by jmmb at 12:09 AM No comments: