1500 Market Street
Pocomoke, Maryland 21851
410-957-1600
On February 23, 2013 at approximately 1358 hrs Pocomoke City Police responded to a call for Domestic Assault. Upon arrival Police observed the suspect holding the victim against her will in the stairwell of the home. Police ordered the suspect to allow the victim to come down the stairs in which he refused. At that time police observed the suspect throw a knife down the hallway. As the Police were attempting to arrest the suspect he began resisting, after a short struggle the suspect was apprehended and placed in the Police vehicle.
Upon interviewing the victim, police learned she and the suspect ensued in a verbal argument which became physical as he put her in a rear neck choke several times during the struggle. The victim states she attempted to leave the home several times but; was not able to as the suspect was holding her upstairs against her will. At one point during the struggle the victim stated the suspect pulled out a knife, grabbed her by her jacket and attempted to stab her in the chest area with the knife. The victim was able to move to avoid being stabbed.

Police then interviewed all of the witnesses at the scene.

Arrested was Andrew R. Miller, age 23 of Pocomoke City. Miller was charged with the following:

Fail to Obey a Lawful Order


Miller was held at the Worcester County Detention Center on $500,000 bond pending trial. 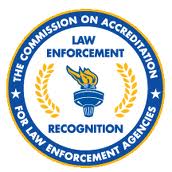