NOAA Predictions For Storms This Season 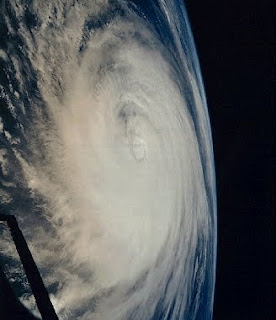 The upcoming Atlantic hurricane season will have between 14 to 23 tropical storms, including up to seven major hurricanes, the U.S. government predicted Thursday.

The National Oceanic and Atmospheric Administration predicted that eight to 14 hurricanes would form. Scientists forecast that three to seven of those hurricanes would be major storms that reach Category 3 or higher -- meaning they bring sustained winds of at least 111 mph.

"If this outlook holds true, this season could be one of the more active on record," NOAA administrator Jane Lubchenco said in a statement. "The greater likelihood of storms brings an increased risk of a landfall. In short, we urge everyone to be prepared."

The forecast is based on the weakening of El Nino. The Pacific Ocean phenomenon creates strong wind shear that weakens Atlantic storms.

The Atlantic hurricane season begins Tuesday and runs through Nov. 30.
www.shoredailynews.com
Posted by jmmb at 7:00 AM