Lindsay Lohan Gets Birthday Punch In the Face 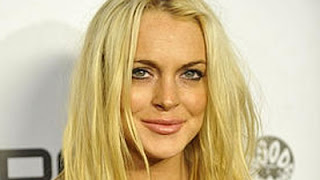 LOS ANGELES -- Actress Lindsay Lohan says she got an unwanted 24th birthday present from a Los Angeles waitress -- a punch in the face!

It happened at the Voyeur Night Club on Santa Monica Boulevard early Friday morning, according to witnesses.

Lohan confirmed the incident on her twitter page.
"A waitress just hit me -- punched me for no reason," Lohan said in a Tweet around 1 a.m..

The "Mean Girls" actress, who was ordered last month to wear an ankle bracelet which detects alcohol, was sipping Red Bulls and hid her SCRAM device under her thigh-high boots, according to witnesses.

Witnesses also the reason for the punch was jealousy. The waitress was upset because Lohan was hanging out with "Hills" actor Doug Reinhardt.

Lohan actually started crying when she bumped into the same waitress later in the evening at the nearby Rockstar House, witnesses say.
www.baltimoresun.com

In 2007, Lohan was charged with reckless driving, drunken driving, and driving under the influence of cocaine. She was sentenced to probation and mandatory alcohol education classes.

Lohan recently missed a court date in the case claiming her passport had been stolen while she was at the Cannes film festival in France.
Posted by jmmb at 8:47 AM