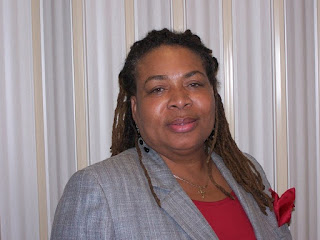 Let's change the scenery a little and see what is going on in Utah! Most of you will not remember the name Betty Sawyer. Some of us will.

This is the same Betty that always had herself together through high school! The candidate for State Sentate District 18 in Utah is none other than Betty Sawyer of Pocomoke City many years ago. Betty graduated from Pocomoke High School in 1971.

Betty, all of us from the Pocomoke High School graduating class 1971 wish you lots of luck today. We will be watching........

Residents of State Senate District 18 would be lucky to have Betty Sawyer representing them in the Utah Legislature.

That's why the Standard-Examiner endorses the Democratic candidate in her race against former Democrat-turned-Republican Stuart Reid in the seat being vacated by Republican Jon Greiner.

Sawyer, a 35-year resident of Weber County, is a vigilant spokesperson for the underprivileged and underrepresented. Her tireless public service efforts on behalf of children and senior citizens is renown across the Top of Utah. She has a commonperson style that makes her accessible and pleasant.

However, that doesn't mean she is lacking in qualifications. She is currently a academics success coordinator for the Office of Diversity at the University of Utah. She has a masters degree in public administration and was an appointee in Gov. Mike Leavitt's administration. She has worked with the Boys and Girls Club, Project Success, the Weber County Health Department and the Utah State Office of Black Affairs.

She is a strong proponent of ethics reform at a time when the public trust in how the Legislature does business is lacking.

Some may say that because she is a Democrat, Sawyer will lack influence and effectiveness in the Republican-dominated Legislature.

We feel that kind of logic becomes a self-fulfilling prophecy that denies quality individuals like Sawyer the opportunity of holding public office.

Quite frankly, we are bothered by the circumstances that led to Reid filing for the seat in the first place. In his meeting with the board, Reid, who previously ran for the District 18 seat as a Democrat, indicated that Ogden Mayor Matthew Godfrey had recruited him to run as a Republican. Reid said he wavered back and forth, and didn't decide to file until the last minute. He also told us he's not sure how long he would even serve in the Legislature if elected.

In contrast, Sawyer, who has been a lifelong Democrat, is committed to serving and speaking for those she feels don't have a voice.

Sawyer is the type of person who won't be silent and will effectively represent her district through sheer determination and grit.

As luck would have it, she will give her heart and soul to the job.

What's the Office of Diversity? Sounds like a crock of politically correct BS to me.