WHAAAA, WHAAAAA, WHAAAA!!!  Can the liberal leftist MSNBC get any more lame?

How can Madcow sit there with a straight face and blame Fox News for the actions of Dip-weed Kieth Olbermann? He clearly broke the rules of HIS employer so if he wants to live by the rules of another network maybe he should find another job and MSNBC should fire Madcow for taking up so much on-air time with her diatribe of disdain and total disagreement of her own employer.

Both Madcow and Olbermann are a waste of good oxygen IMOH 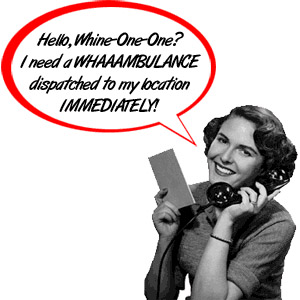 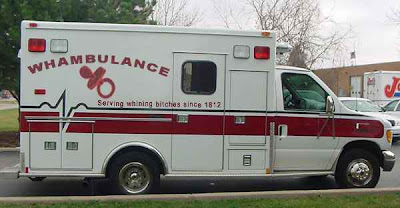 
You may have heard today that my friend and colleague Keith Olbermann was temporarily suspended from his job hosting Countdown on this network, because he made three personal political donations to candidates in this last election cycle. The reason that resulted in Keith’s suspension is that, here at MSNBC, there is an explicit employee rule against hosts making contributions like that. You can do it if you ask in advance, and if management tells you ‘okay.’ That’s what I understand happened with our morning show host’s political donations in 2006 under previous management. But if you don’t ask in advance for an exemption from the rule, you are more bound by the rule. For the record, the rule applies to us hosts here at MSNBC and NBC News staff. CNBC is not under NBC News, so CNBC staffers are not bound by the same thing.
I understand this rule. I understand what it means to break this rule. I believe that everyone should face the same treatment under this rule. I also personally believe that the point has been made and that we should have Keith back hosting Countdown. Here’s the larger point though. That’s going mysteriously missing, from all the right-wing cackling and the beltway, old-media cluck cluck clucking about this. This is what I think is missing.
Let this incident lay to rest forever the facile, never true, bullpucky, lazy conflation of Fox News and what the rest of us do for a living.

VIA: THE BLAZE
Posted by The Public Eye at 2:36 PM

I wish someone would knock both their heads together.