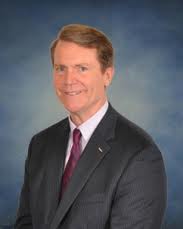 Statement from U.S. Senate Candidate Douglas
Maryland's Gasoline Tax
"Like the vast majority of Marylanders, I am not surprised that the General Assembly spiked the Governor's economy-killing bid to boost Maryland's gasoline tax.  This patently anti-worker proposal should never have seen the light of day.  In fact, developments over the last few hours with the gas tax indicate that it may in reality have been a negotiating 'decoy' intended to deceive voters.  Business as usual."

"Either way, throughout this unfortunate episode Mr. Cardin put party discipline above the interests of Maryland workers.  He failed utterly to defend workers against the Governor's blatantly punitive initiative.  One of the longest-serving, least-distinguished members of the U.S. Congress, since 1967 Mr. Cardin has shown Marylanders over and over that they may not rely upon him to speak out when a strong voice for reason, tradition, peace, and economic stability is urgently needed on Capitol Hill."

"Marylanders should seize the opportunity afforded in 2012 to retire Mr. Cardin from Congress and replace him with a Senator who knows the importance of leadership and loyalty to the people instead of party."