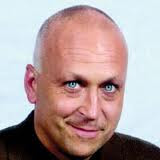 Oh, I know one of my family members that will want to try these!!
By Jill Rosen
The Baltimore Sun

Already an author and a Hall of Famer, Cal Ripken is adding foodie to his resume.

The Oriole great has launched a line of hamburgers.

According to the Daily Record, Ripken and Roseda Beef, a Baltimore company, have teamed up to sell Ripken Gourmet Burgers at Giant.

The six-ounce meat patties will be available only in the Maryland, D.C. and Virginia area, the paper says. They cost $9.99 for four.

They have apparently just hit stores. Giant will be donating some of the proceeds to Ripken's Cal Ripken Sr. Foundation.

And, befitting a wholesome guy like Cal, the burgers, the paper says, are "natural, dry-aged Black Angus beef."
John Maroon, Ripken's PR man, told the Daily Record that in Cal's opinion, Roseda makes "the best burger he ever had."
One can only hope some Ripken buns will be next.
Source:
Posted by jmmb at 7:05 AM