Today we honor the lives and memories of those who made the ultimate sacrifice in service to our great  nation.  Because of those sacrifices we  know the feeling of  freedom. 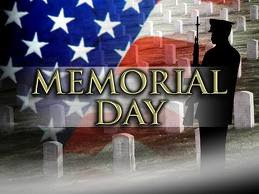 
Please continue to fly your flags and yellow ribbons!

Let the military men and women know they are in our hearts and NOT forgotten.