Arizona Governor Jan Brewer met with Obama in the Oval Office to discuss securing our border. Her meeting was short and sweet, only about 1/2 hour but Governor Brewer got her point across. 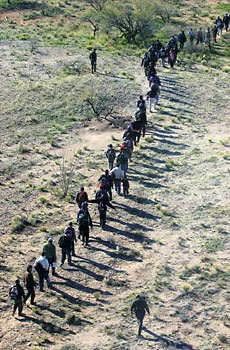 Sadly her cry for help fell on deaf ears. Brewer's plea that Obama take a trip to the Arizona border so Obama could witness firsthand the problem at the border was answered with "I don't have time".

During the 1/2 hour visit Brewer asked what the whitehouse had planed to help curve the border problem in Arizona. Obama said according to Brewer (let me paraphrase) was like a broken record by answering any question about illegal immigration Obama said "comprehensive reform" 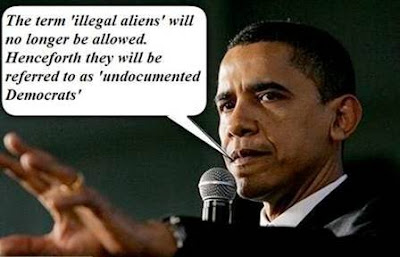 Well I think Obama should cancel some of his parties with Spike lee, Ludacris and maybe cut back on the trips to Florida and date nights then maybe take a day or two and visit Arizona's border at Governor Brewers request for some firsthand knowledge of what's flooding our borders. While he's at it maybe he can work on stopping the ocean from becoming a giant tar pit. Obama says he "don't know who's ass to kick" well maybe he should take a good long look in the mirror, and while he's in an "ass kickin' mood maybe he can start with Pelosi.
Posted by The Public Eye at 10:49 PM