Del. Candidate, Mayor of Pocomoke On Admin. Suspension As Deputy

I'm sure alot of you out there have many questions concerning the suspension of the House of Delegates candidate and Mayor of Pocomoke, Mike McDermott. So do I.

I still don't understand what the big damn deal is about the gun. The gun was locked in his office......so where was it supposed to be? It was his office and the door was locked. Oh, I forgot. Mr. McDermott never opened his mouth to report the gun was missing! Is THAT one of the issues here? Then say so! I had rather know his weapon was locked in his office at work than in a closet at home or in a vehicle. Can't a home get robbed and a vehicle broken into? Who's going to break into the office of an officer unless they are looking for something?

Read this post below. It puts the whole story in a better light than other articles. The timing doesn't make sense. Why did Chief Martin wait so long?

Quite frankly, I wish people would get off this man's back and let him live with some peace and quiet. If he has done something so bad than let the taxpayers know. Stop spouting things about him in the attempt to make him look like the bad guy all of the time. And if he is as bad as the written word says then do something about it..........and stop wasting time.

I no longer live in Worcester County and I'm not sure if that is a blessing or not. But I do know that I would probably vote for him, unless, someone can prove that all he has been accused of by heresay, is the truth.

I wish Mike McDermott the best of luck. 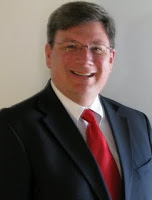 Associate Editor
(Aug. 13, 2010) House of Delegates candidate Mike McDermott, who is also mayor of Pocomoke City, has been on administrative suspension as a deputy with the Worcester County Sheriff’s Office since late July and an investigation is under way.

Sheriff Charles “Chuck” Martin declined to discuss details of the matter, but the suspension is related to a September incident in which he reportedly found McDermott’s assigned weapon in McDermott’s locked office when McDermott was not there. The weapon was reportedly McDermott’s secondary one; he still had his primary weapon.

A review board of three members of the Sheriff’s Office has reportedly recommended that the suspension be lifted. It has also been reported elsewhere that no investigation has begun, but Martin said the investigation into the issue started several months ago.

“A good part of it is being done by me,” Martin said.

While on administrative leave, McDermott, who is a lieutenant and in charge of the Criminal Enforcement Team, may not carry a gun or make arrests. Prior to being suspended, McDermott had desk duties as part of his work. Now, he is restricted to desk duties.

When a deputy is off-duty, he is permitted to carry his service weapon, but must have the proper identification as a deputy. If the deputy is off-duty and does not want to have the weapon on his person, he may lock it in his vehicle’s trunk or lock it safe and securely in his house. Some deputies have lock boxes in their homes, Martin said.

McDermott is the Republican candidate for state delegate representing District 38B, comprised of Worcester County and a part of Wicomico.

Martin declined to answer questions Thursday about why he waited so long to put McDermott on administrative suspension. Rumors started swirling months ago that someone within the Sheriff’s Office would try doing something to derail McDermott’s candidacy for delegate, but Martin’s name was not mentioned in conjunction with that.

I had my McDermott signs up but----they got stolen-along with my Mason and Todd (I know, odd combination) signs last weekend.

One thing's for sure Mike appears to be the strongest candidate for one of the two house seats available.

"Rumors started swirling months ago that someone within the Sheriff's Office would try doing something to derail McDermott's candidacy for delegate" Hmmmmmmm-need any more be said.

I'm voting for Mike and after watching Marty Pusey's interview on Salisbury News I think she's going to get my second vote.
She's correct in saying the state has/had no business buying up so much private land in Maryland. This has always been a sore spot with me. If the state's going to buy land they should do something with it, like build more jails and prisons.

off topic somewhat, but I would love to see some state owned land turned into a Outdoor Science Education Center modeled after the Baltimore County Schools program. If we had such a program it could include Wor/Wic and Somerset. The goal is "No Child Left Inside." A hands on science lesson teaches more than can ever be learned off a computer or from a book.