Heading east for a grass-roots show of force on Saturday, they will join the conservative icon for a rally that he says is aimed at "restoring honor" to a troubled nation.

"People are upset with the direction of the country," says Patti Weaver, head of the Pittsburgh Tea Party, who is bringing 900 people on 16 buses to the event at the Lincoln Memorial. The rally will "continue to unite people who are upset with our government. … We can take our country back."
Beck has been criticized by civil rights groups such as the National Urban League for holding the rally at the site of Martin Luther King's "I Have a Dream" speech on racial equality and on its 47th anniversary. The Fox News and radio talk-show host insists that his rally is about supporting the nation's troops — not about politics.

He has instructed his followers not to bring signs, and in a post on his website this week he chastised those who he says are trying to "label this a gathering of hatemonger's."

Beck's supporters, however, talk about the event in political terms. The keynote speaker is Sarah Palin, the 2008 GOP vice presidential nominee and a potential 2012 White House aspirant. In her home state of Alaska, Palin's endorsement appears to have helped propel a little-known lawyer named Joe Miller to a possible upset victory over incumbent Sen. Lisa Murkowski in Tuesday's Republican primary. Miller, who was backed by the Tea Party, is almost 1,700 votes ahead and awaiting a final tally of absentee ballots.

Many of Beck's supporters identify themselves as members of the small-government, anti-tax Tea Party or other conservative grass-roots groups and they recruited rally-goers through those organizations.

"It's time for Americans to let themselves be heard instead of being spoken to or spoken for by people who don't represent us," says Dan Baltes of Salt Lake City, who boarded a bus at 2 a.m. Wednesday for the 50-plus hour ride to Washington, D.C.

Baltes, who runs a group called Americans Against Immigration Amnesty, says "the government has a deaf ear to our best interests." 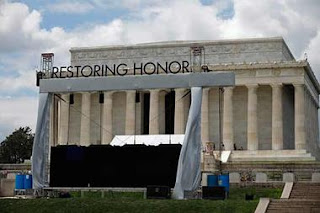 Thelma Taormina of Houston, who has organized two busloads from Texas, says she's concerned that the Obama administration and Congress are passing legislation that strips Americans of their rights. The sweeping new health-care law means people are going to "lose our human rights in one fell swoop" and new credit-card legislation aimed at protecting consumers' rights "means they can go into your personal bank accounts and get information," she says.

Taormina says she hopes the rally "wakes up America."

How much attention the rally gets likely will depend on how many people show up. Beck's permit from the National Park Service estimates 300,000 attendees.

Beck, who last year called President Obama a "racist" and accused him of having a "deep-seated hatred for white people," says he never intended to hold his rally on the anniversary of King's speech. He says he was hoping for Sept. 12th, but that's a Sunday and he didn't want to have the rally on the Sabbath. That Aug. 28 was the only other day the site was available that worked with his schedule was a matter of "divine providence" not political intent, he says.

Al Sharpton, who has organized his own rally and march on Saturday, is skeptical.

"Is he going to address civil rights?" Sharpton asks. His event on Saturday at a once-segregated city high school and a march to the Martin Luther King memorial site on the National Mall will include other civil rights leaders and Education Secretary Arne Duncan.

"Those opposing the rally do so from a position of ignorance," he wrote. "They have no idea what this rally is going to be. … It's not about bigotry or politics. It's about the content of character and merit. I hope those at the counter rallies this Saturday and others opposing this event actually listen to the words with an open mind."

Sharpton and others say they've already heard enough from Beck, Palin and those who support them. 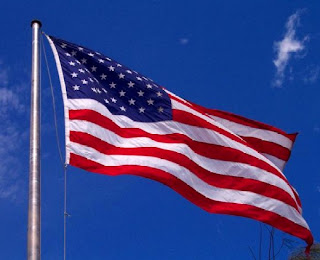