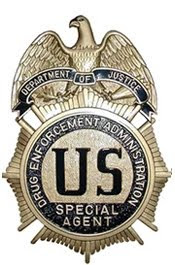 AUGUST 23--The Department of Justice is seeking to hire linguists fluent in Ebonics to help monitor, translate, and transcribe the secretly recorded conversations of subjects of narcotics investigations, according to federal records.

A maximum of nine Ebonics experts will work with the Drug Enforcement Administration’s Atlanta field division, where the linguists, after obtaining a “DEA Sensitive” security clearance, will help investigators decipher the results of “telephonic monitoring of court ordered nonconsensual intercepts, consensual listening devices, and other media”

The DEA’s need for full-time linguists specializing in Ebonics is detailed in bid documents related to the agency’s mid-May issuance of a request for proposal (RFP) covering the provision of as many as 2100 linguists for the drug agency’s various field offices. Answers to the proposal were due from contractors on July 29.

In contract documents, which are excerpted here, Ebonics is listed among 114 languages for which prospective contractors must be able to provide

Detractors reject the notion that Ebonics is a dialect, instead considering it a bastardization of the English language.

The Department of Justice RFP does not, of course, address questions of vernacular, dialect, or linguistic merit. It simply sought proposals covering the award of separate linguist contracts for seven DEA regions. The agency spends about $70 million annually on linguistic service programs, according to contract records.

In addition to the nine Ebonics experts, the DEA’s Atlanta office also requires linguists for eight other languages, including Spanish (144 linguists needed); Vietnamese (12); Korean (9); Farsi (9); and Jamaican patois (4). The Atlanta field division, one of the DEA’s busiest, is the only office seeking linguists well-versed in Ebonics. Overall, the “majority of DEA’s language requirements will be for Spanish originating in Central and South America and the Caribbean,” according to one contract document.

The Department of Justice RFP includes a detailed description of the crucial role a linguist can play in narcotics investigations. They are responsible for listening to “oral intercepts in English and foreign languages,” from which they provide verbal and typed summaries. “Subsequently, all pertinent calls identified by the supervising law enforcement officer will be transcribed verbatim in the required federal or state format,” the RFP notes.

Additionally, while “technology plays a major role in the DEA’s efforts, much of its success is increasingly dependent upon rapid and meticulous understanding of foreign languages used in conversations by speakers of languages other than English and in the translation, transcription and preparation of written documents.” (11 pages).

To read more click below.........
DEA Ebonics Contract The Smoking Gun
www.thesmokinggun.com
Posted by jmmb at 7:45 AM