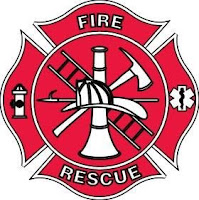 Fire departments around the nation are cutting jobs, closing firehouses and increasingly resorting to “rolling brownouts” in which they shut different fire companies on different days as the economic downturn forces many cities and towns to make deep cuts that are slowing their responses to fires and other emergencies.

Philadelphia began rolling brownouts this month, joining cities from Baltimore to Sacramento that now shut some units every day. San Jose, Calif., laid off 49 firefighters last month. And Lawrence, Mass., north of Boston, has laid off firefighters and shut down half of its six firehouses, forcing the city to rely on help from neighboring departments each time a fire goes to a second alarm.

Fire chiefs and union officials alike say it is the first time they have seen such deep cuts in so many parts of the country. “I’ve never seen it so widespread,” said Harold A. Schaitberger, the general president of the International Association of Fire Fighters.

The risks of cutting fire service were driven home here last month when Bentley Do, a 2-year-old boy who was visiting relatives, somehow got his hands on a gum ball, put it in his mouth, started laughing and then began choking.

“It blocked the air hole,” said his uncle, Brian Do, who called 911 while other relatives frantically tried to dislodge the gum ball. “No air could flow in and out.”

It is only 600 steps from the front door of the neatly kept stucco home where the boy was staying to the nearest fire station, just down the block. But the station was empty that evening: its engine was in another part of town, on a call in an area usually covered by an engine that had been taken out of service as part of a brownout plan.

The police came to the home within five minutes and began performing cardiopulmonary resuscitation, officials said. But it took nine and a half minutes — almost twice the national goal of arriving within five minutes — for the fire engine, with a paramedic and more medical equipment, to get there. An ambulance came moments later and took Bentley to the hospital, where he was pronounced dead.

The San Diego Fire-Rescue chief, Javier Mainar, said it was impossible to say whether the delay contributed to Bentley’s death on July 20. But he said there was no doubt that the city’s brownouts, which take 13 percent of firefighters off the streets each day to save $11.5 million annually, led to the delay.

“You can just lock everything down and look at it sequentially, chronologically, as to what occurred,” Chief Mainar said in an interview. “There is no question that the brownout of Engine 44 resulted in Engine 38 having to take a response in that community, and because of that, Engine 38 was now out of position to respond to something that happened just down the street from their fire station.”

Fire service was once a sacred cow at budget time. But the downturn has lingered so long that many cities, which have already made deep cuts in other agencies, are now turning to their fire departments.

Some are trying to wrest concessions from unions, which over the years have won generous pension plans that allow many firefighters to retire in their 40s and 50s — plans that many cities say are unaffordable. Others want to reduce minimum-staffing requirements, which often force them to resort to costly overtime to fill shifts. Others are simply cutting service.

Analysts worry that some of the cuts could be putting people and property in danger. As the downturn has worn on, ISO, an organization that evaluates cities’ fire protection capabilities for the insurance industry, has downgraded more cities, said Michael R. Waters, ISO’s vice president of risk-detection services.

Several fire chiefs said in interviews that the cuts were making them nervous.

“It’s roulette,” said Chief James S. Clack of the Baltimore City Fire Department, which recently reduced the number of fire units closed each day to three from six. Officials saw that the closings in the 55-unit department were in some cases leading to longer response times. “I’m always worried that something’s going to happen where one of these companies is closed.”

Early in his mayoralty, Michael R. Bloomberg of New York closed six fire companies to save money. This year, a threat to close 20 more — a 6 percent reduction in New York’s fire companies — was averted when the city found savings elsewhere.

Several cities — including Lawrence — have said that they were forced to cut service because the unions failed to make concessions. Mr. Schaitberger, the union president, who was here for a union convention, said that protecting the pensions his members have won over the years was a top priority this year.

The pension issue has an added resonance in San Diego. The city was forced to consider a bankruptcy filing even before the Great Recession, and was barred from raising money by selling bonds to the public after officials disclosed that they had shortchanged the pension fund for city workers for years, even as they improved pension benefits. San Diego’s pension fund has only two-thirds of the money it needs to pay the benefits promised to retirees, according to an updated calculation made by the city in the spring, and faces a shortfall of $2.1 billion.

So even before the recession and the brownouts, fire service in San Diego was stretched thin. A previous San Diego fire chief, Jeff Bowman, was hired in 2002 with a mandate to build up the department, but he resigned in 2006, after the pension-fueled fiscal crisis surfaced and it became clear that he would not get the money to build and staff the extra fire stations he believed were needed. “The question is whether fire protection is adequate, and in my opinion it’s not,” he said in an interview.

After Bentley Do died, the City Council agreed to put a question on the ballot in November asking voters to approve a sales tax increase, which could be put in place only if the city adopts certain budget and pension reforms. The money could restore the fire service and help close a deep budget gap projected for next year.

But it would come too late for the Do family. Bentley, whose father, Nam Do, an American, was working in Vietnam as an architect, was just visiting San Diego with his mother, Mien Nguyen. Ms. Nguyen, who was six months pregnant, was here to take the oath of United States citizenship. She was sworn in the day after Bentley died, Brian Do, the uncle, said, but she fainted when she got her certificate and was taken to the hospital. Nam Do left his job in Vietnam to come here to grieve for his son, and goes to a temple every day, Brian Do said.

He said that the family had no plans to sue the city. “We’re not blaming the city or blaming the Fire Department,” he said, “but the reason I speak out is because I want them to do a better job for other people.”