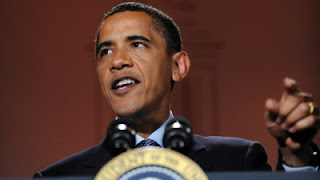 Which is the sadder commentary on the state of public discourse in the United States here in the late summer of 2010:

That 20 percent of Americans told pollsters they believe President Barack Obama is a Muslim?

Or, that suggesting someone is a Muslim would be circulated as a way to denigrate that person?

Two facts about the poll results released last week by the Pew Research Center are particularly distressing. First, the poll was taken before President Obama waded into the controversy surrounding plans to build an Islamic center including a mosque near the Ground Zero site in New York City. That means that if the poll were taken today, the percentage holding that opinion would undoubtedly be greater. Second, and perhaps most astoundingly, the percentage of Americans who say Mr. Obama is a Muslim is considerably higher now than it was when he assumed the presidency 18 months ago.

What does it all mean? Nothing good. That was a time when conspiracy theories and blatant falsehoods were relegated to the far fringes of society. But thanks to the prevalence of Internet-fueled rumors — and, sad to say, the decline and vilification by many of the once-trusted "mainstream media" — it is now much more likely for such bizarre beliefs to spread. (And if you don't think the notion that President Obama is a Muslim is tantamount to a conspiracy theory, just consider how many millions of people in government, media and ordinary life would have to be involved in upholding the "lie" that he is a Christian.)

Less strange, but perhaps more sad, is the reason Mr. Obama's enemies are spreading this falsehood: their supreme confidence that being labeled a Muslim is a sinister mark against him, akin to alcoholism or philandering. In light of the shameful reaction to the Manhattan mosque episode, we fear it may be a long time indeed before this particular variety of "slander" loses its currency.