Two In The Running For District 1 Seat

Merrill Lockfaw Jr., a Republican, won his primary against three other contenders while Jimmy Schoolfield, a Democrat, advanced to the general election unopposed.

The seat represents Pocomoke City and surrounding areas. It is currently held by Bobby Cowger, who did not seek re-election. 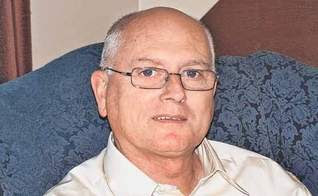 Lockfaw worked for Worcester County government as a road superintendent for 19 years, retiring in June.

"I thought with my business experience as well as working with large budgets and county government would make me a good candidate," said Lockfaw.

Schoolfield has been a minister at Georgetown Baptist Church in Pocomoke for the past 14 years, in addition to being vice president of the NAACP for Worcester County. He resigned his NAACP role when he decided to run for the County Commission seat. 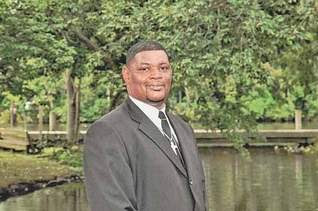 His life path wasn't a smooth one. In the early 1990s, between the ages of 29 and 32, Schoolfield was charged with 12 separate crimes in Maryland courts, including assault, theft and malicious destruction of property.

"A lot of those extended from when I was out in the world drinking," said Schoolfield. "I watched what alcohol and drugs did to me, and that has given me a lot of things I can talk with youth about.

"I can say from experience there are other things we can do besides hanging on the street and drink."

He has not been charged with a crime since 1995, although he does have three active cases in the civil court system, including one in which his wages were ordered to be garnished by $13,622. Schoolfield said he and his wife took out a loan to start a fashion store, before she had to undergo heart surgery. As a result, they closed the store and incurred the debt.

He was also taken to court for a $632 bill owed to Sharp Energy, which he says was an outstanding energy bill for his daughter's house that she was unable to pay.

If elected, Lockfaw says he wants to be able to provide citizens with the services they need, such as police officers and firefighters.

"While protecting ourselves, we can't over-regulate ourselves to the point it would drive businesses away," said Lockfaw.

Schoolfield says he wants to focus on ways to improve the housing situation, build the community and reach out to youth.

"I want to be a force for the lower district," says Schoolfield. "I would like to work with the youth and on education issues. Crime is also an important issue, especially in downtown Pocomoke."

When asked about legislation requiring all homes built after Jan. 1 to contain residential sprinkler systems, both men said they would like to tweak the law as it would apply to Worcester.

Lockfaw says he opposes mandating them, while Schoolfield would be satisfied with an amendment restricting the requirement to homes on a municipal water supply.

I took Jack Dolby's Industrial Arts class in high school. Merrill Lockfaw was in it and he taught me how to make a gun rack. Wonder if that's allowed now? He also had more hair then.

Jimmy Schoolfield was charged with a criminal charge in Wicomico County in September and you can read it on Maryland Judiciary Case Search. Oh and he's an associate minister, not 'the' minister.

Like to know story behind this one.
Can't say this was in his 30's
or blame alcohol or drugs.

Schoolfield won't tell anyone the truth about him being an ELECTRICIAN.

Guess what - of course he wants everyone in the county to be MANDATED to install sprinklers in their homes.

Schoolfield doesnt give a 'crap' about any downtown issues except to go to lay a 'bet' at a local downtown establishment.

Work with Youth? He cant make up his mind. One article he told Ocean City Today that he already works with Youth and here says he wants to work with Youth.

With his charges he cant work with the Youth.

What is the verse about wolves in sheeps.....?

Schoolfield doesnt give a 'crap' about any downtown issues except to go to lay a 'bet' at a local downtown establishment.

Work with Youth? He cant make up his mind. One article he told Ocean City Today that he already works with Youth and here says he wants to work with Youth.

With his charges he cant work with the Youth.

What is the verse about wolves in sheeps.....?

its ok, its ok,
because I havent stolen from someone,
hurt another person
or destroyed property in 15 years!!!
and it was the drugs and alcohol that made me beat that woman up!!!

just wait until all the things done in the recent year comes out.

hey now hes going around telling people this is all untrue.

what would the victim say about Schoolfield's charges of assault & battery, theft and malicious destruction?

Should ask Michael McDermott. Seems he took the victim's statement for some of the charges according to website.

You put Schoolfield in and we will have the Honis Cane and Eddie Lee Dream Team!
Is Venny Lawson going to be runnin for Mayor next?

From what I heard, McDermott pretty much 'owned' Schoolfield and he helped alot with his mayoral election.

Funny thing though, recently Lee 'announced' he resigned as President of NAACP and Schoolfield 'announced' he resigned as VicePresident....but neither gave up their District Representative position with Democrat Central Committee to run for office. Give them 1 month and after both lose they'll be back to Prez and VicePrez. Heard too Schoolfield is Lee's 'boy' as he appears most places with him. When Lee presented idea to school board about 'Freedom' dinner Schoolfield was there. They both were at a forum several weeks ago, but Lee kept his distance from him.

Just like him to 'use' people and then tose them when he has no need for them.

no, it won't be Lawson running for Mayor, that's what they've got Tracy and Diane in 'wings' for. But watch out....if they convince more then two to run this time, one of them is put in for the NAACP candidate to win!

What I'd hate to see is Lee have all his PUPPETS in place!

Wierd thing is.....Schoolfield said in one article with Ocean City Today that he 'works with Youth'. On this blog he said he would like to 'work with Youth one day'. He can't seem to make up his mind!

What a fine example for our Youth!

Frankly, any Youth program he worked with, I would NOT!!!!