CHINCOTEAGUE --A concert on Chincoteague National Wildlife Refuge to benefit the
Restoration Fund for the Assateague Island Lighthouse will see the debut of "The Light of Assateague," a ballad specially written for this occasion. 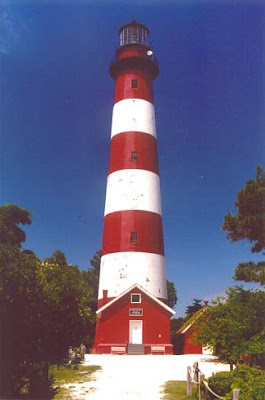 Bill Troxler, whose musical group Three Sheets will perform the concert, is well-known in Washington and Baltimore circles for his hammer dulcimer workshops. Troxler has now written a new ballad to celebrate the 143 years that the Assateague Light has sent its signal out over the waves.

Those years have caused weathering to windows, walls and metalwork.

Restoration was started in 2009 but more remains to be done.

The concert is set for Friday, Nov. 26, at 7 pm. Tickets are $20 and all proceeds go toward lighthouse restoration work. Tickets are available at H&H Pharmacy, Egret Moon Artworks or Chincoteague Natural History Association at 757-336-3696.