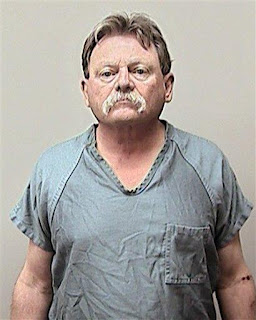 MADISON, Wis. (AP) - A rural Wisconsin man apparently enraged by Bristol Palin's "Dancing with the Stars" routine blasted his television with a shotgun, leading to an all-night standoff with a SWAT team, investigators said.

Steven Cowan, 67, was arrested Tuesday morning after officers coaxed him out of his house in Vermont, a rural community near Madison. Cowan, who is accused of threatening his wife with the gun after destroying the television, appeared in a Madison courtroom Wednesday on a charge of second-degree reckless endangerment. His bail was set at $1,500.

Cowan's attorney at the hearing, Jonas Bednarek, declined to comment.

Cowan's wife, Janice Cowan, told investigators that her husband suffers from bipolar disorder and had threatened her life in the past.

According to court documents, Janice Cowan said her husband came home Monday from the bar and had a beer with dinner before they settled down to watch "Dancing with the Stars." 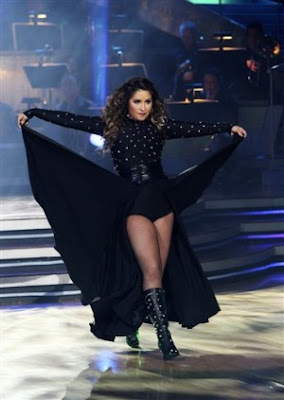 When Palin, the 20-year-old daughter of tea party favorite Sarah Palin, began her routine, Cowan jumped up and began swearing, saying something like "The (expletive) politics." His wife said he was upset that a political figure's daughter was dancing on TV even though he felt she didn't have talent.

Janice Cowan told investigators her husband left the living room and reappeared 20 minutes later with his shotgun, "raging" with his face bright red, and blasted the TV. She said he then pointed the gun at her and told her to go fetch his pistols, and threatened to kill himself if she brought anyone back. According to the criminal complaint, Steven Cowan's daughter recently took away his handguns for safekeeping. It did not elaborate.

"He scared the bejebees out of me," she told detectives.

Janice Cowan fled the home and went to an attorney's office, where she phoned police.

She told officers that about 15 years ago her husband had threatened her with a machete when he couldn't find some ammunition and has threatened to shoot one of their cows.

She added he was under stress because of financial reasons, saying a doctor helping him with his mental health problems had suggested he temporarily turn over control of properties he rents out to the family's attorney. Calls on Wednesday to a number listed as the Cowans' could not be connected.

The Internet has been abuzz in recent days about how Bristol Palin, who has consistently landed at the bottom of the judges' leaderboard, has been able to remain on the ABC show. Some have suggested that voters - particularly supporters of her mother - have been voting in blocs and manipulating the system.

Both Palins have denied any organized vote-getting tactics. Bristol Palin says voters support her despite lackluster performances because she started the show with no dancing experience.
www.cbsnews.com
Posted by jmmb at 7:15 AM