Rigell Is Closing His Car Dealership 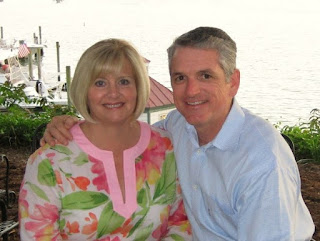 CHESAPEAKE, Va. - transferredssman-elect Scott Rigell's car dealership in Chesapeake is closing, but hopes that his employees will be able to get jobs elsewhere.

Freedom Lincoln Mercury on Military Highway will close sometime between now and the first of the year.

WAVY.com asked Rigell about the closure and how it seemed contradictory to his campaign promise to create jobs.

"It's not a contradiction because this at the Lincoln Mercury store is so far beyond our control," Rigell said.

The biggest reason for the closing is that Ford will no longer make Mercuries after this year.

Despite the store closing, Rigell hopes for no layoffs but couldn't make any promises.

"We're going to stand with our employees, and do everything to make sure every person who is working for Freedom continues to be gainfully employed," said Rigell.

Rigell's business partner, Freedom Automotive president James Church said 40 of the current 67 employees will be transfered to one of the other two Freedom locations in Hampton Roads.

That leaves 27 employees, who mostly work in Parts and Services.

Church said a Cavalier Ford down the street was anxious to hire those employees.

Cavalier is in talks to buy the Lincoln dealership, which means they would sell Lincoln vehicles from their Greenbrier location.

If Cavalier doesn't hire all of them, Rigell hopes to put them to work someplace else.

"I've reached out to some other dealers and asked, 'would you be open to interviewing them and helping," said Rigell.

Rigell and Church both said the auto body shop at the Lincoln Mercury dealer will remain open. They are hoping to lease the rest of the building.