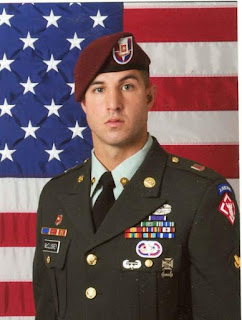 McALESTER - Members of a Kansas church that protests at military funerals may have found themselves in the wrong town Saturday.

Shortly after finishing their protest at the funeral of Army Sgt. Jason James McCluskey of McAlester, a half-dozen protesters from Westboro Baptist Church in Topeka, Kan., headed to their minivan, only to discover that its front and rear passenger-side tires had been slashed.

To make matters worse, as their minivan slowly hobbled away on two flat tires, with a McAlester police car following behind, the protesters were unable to find anyone in town who would repair their vehicle, according to police.

The minivan finally pulled over several blocks away in a shopping center parking lot, where AAA was called. A flatbed service truck arrived and loaded up the minivan. Assistant Police Chief Darrell Miller said the minivan was taken to Walmart for repairs.

Even before the protesters discovered their damaged tires, they faced off with a massive crowd of jeering and taunting counterprotesters at Third Street and Washington Avenue, two blocks from the First Baptist Church, where the soldier's funeral was held. 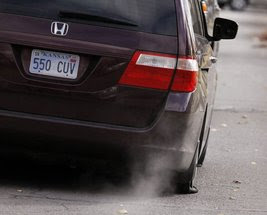 Miller estimated that crowd to number nearly 1,000 people, and they not only drowned out the Westboro protesters with jeers, but with raucous chants of "USA, USA."

A few motorcyclists interspersed among the crowd also revved up their engines to muffle the protests.

Westboro members picket military funerals across the country, spreading their message that "God hates America" because it tolerates homosexuality.
www.tulsaworld.com
Posted by jmmb at 7:45 AM

it's one thing to protest - that's part of our first amendment "free speech" right,

and it's another thing to criminally slash the tires and property of a person because you don't agree with their ideas.