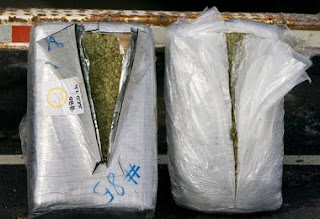 HARRISBURG, Pa. (AP) — Two Florida men who were stopped in a stolen tractor-trailer carrying more than three tons of marijuana have been convicted of federal drug charges in Pennsylvania.

Authorities say Emmanuel was behind the wheel of the truck when police stopped it January 31 on Interstate 81 near the border between Dauphin and Lebanon counties. Paperwork problems prompted state police to search the trailer, where they found about 6,500 pounds of marijuana. Investigators put the street value of the drugs at $6.5 million.

Prosecutors say the trailer had been stolen in Georgia, picked up the drugs in Arizona and was heading to Connecticut when it was stopped.

A sentencing date has not been set.