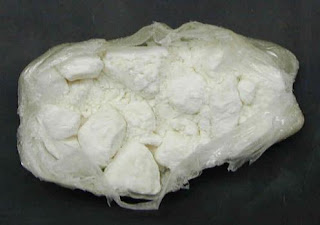 BERLIN -- A Berlin man is facing federal charges of drug possession and distribution after he was allegedly found with more than 3 pounds of suspected cocaine.

Tyrone D. Lawson, 37, has been charged in U.S. District Court for the District of Maryland for allegedly being a major distributor of cocaine on the Lower Shore. Similar charges against him in Worcester County Circuit and District Court have been dropped to allow the federal case to proceed.

According to the criminal complaint filed in U.S. District Court in Baltimore last week, the Worcester County Sheriff's Office Criminal Enforcement Team began an investigation last summer into drug distribution in and around the county. Their work led them to Lawson.

"During the investigation, it was learned that (Lawson) was distributing cocaine from his brother's residence," the complaint reads. In May of this year, police issued a search warrant on the property. There, they found a locked shed containing large speakers.

"Two speakers were removed from inside of the speaker box, and approximately 1.7 kilograms of suspected cocaine was found," according to the documents. Officials also located a scale with suspected cocaine residue and other distribution paraphernalia.

Tyrone Lawson and his brother, Tony Lawson, were arrested around the time of the search. Tony Lawson was later released on bail. At this time, no federal charges have been filed against him.

"The focus of the investigation is not Tony; it was his brother, Tyrone," said Cpl. Nathaniel Passwaters, head of the Criminal Enforcement Team. "We never made any direct purchases from Tony, although the bulk of the drugs that were found were in his shed."

Tyrone Lawson has been incarcerated since May and is in federal custody. Police said they have evidence that links him to the shed. In addition, police are in the process of seizing three vehicles owned by the men.

Passwaters said investigators took the case to federal court to take advantage of longer minimum and maximum penalties for the drug crimes, not an uncommon practice for the Sheriff's Office in drug cases. Recently, two Pocomoke City men were found guilty in federal court on distribution of crack cocaine. They will be sentenced later this year.

"The overall thing is the enhanced penalties," Passwaters said. And in Tyrone Lawson's case, this "is a large scale investigation that reaches out beyond Worcester," he said. The investigation is ongoing.

You've got to be kidding me-this can not be true. If you listen to some of the PC Windbags no one ever gets arrested from PC for dealing! Afterall the dealers are protected by city hall.