3 Years In Prison For Dogfighting.......Is It Long Enough?

If this sounds like an animal lover to you then we have a huge difference in opinions. They all say it. Even Michael Vick tried it.....and I still don't trust him......and still don't believe he is "cured". Yet, they can't be man enough and admit they did it! They take an innocent animal and make it mean to watch it fight for money and yes, drugs and, oh of course, THE THRILL! How sick is that?

Do some reading on dogfighting. Find out how horrible it is for an animal that can not defend itself to exist in the world of this type of man. Read for yourself what they feed them, how they train them........from innocent puppies on. Find out how what they are fed causes them to go crazy, their organs to never develop and how they allow the small and weak dogs be horribly mauled to death by the stronger ones just to get rid of it.

This is real. And this is horrible. Not to mention a true nightmare for the innocent dog that never asked for anything except a little food, and alot of love. If this is the way men show their love to live creatures my guess is there are some abused humans in the mix too.

Throw this jerk and coward of a man in a pen with a crazed pitbull and let that dog chew on him. Let's see what tune this a__ sings to us then. 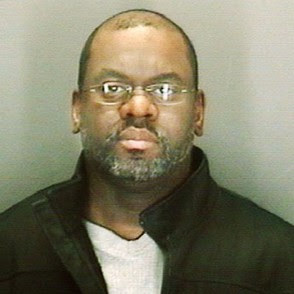 A Richmond man described by defense witnesses as an animal lover will serve three years in prison for a dogfighting conviction.

Substitute Judge Thomas N. Nance yesterday sentenced Deano A. Jones, 47, to five years in prison, with two of those years suspended, on a dogfighting charge.

The judge sentenced Jones to five years on each of two counts of animal cruelty but suspended all of that time. The hearing was held in Richmond Circuit Court.

Jones had entered an Alford plea to the dogfighting charge, meaning he does not admit guilt but acknowledges prosecutors have enough evidence to convict him. He pleaded guilty to the two counts of animal cruelty.

Authorities seized 21 pit bulls from Jones' home in the 1700 block of North 23rd Street. Eighteen of the animals needed emergency care, according to testimony yesterday. Seventeen had to be euthanized.

Jones testified yesterday that he was not engaged in dogfighting. "I love my dogs," he said during the hearing. "I love just dogs in general."

Defense attorney Robert E. Walker Jr. suggested that Jones' dogs injured one another in scuffles when they escaped from their pens.

Walker characterized his client as an animal lover who fell on hard times when he lost his job and a previous home. The setbacks left Jones unable to afford to take his pets to the veterinarian, Walker said.

"The dogs were his family," Walker said. "You don't kick family out on the street because you don't have money."

Defense witness Candace Foxx said Jones treated his dogs like children. "He should have been a veterinarian," Foxx said.

Later, the judge declared, "He is not an animal lover."

Herring acknowledged that the defendant was articulate and did not seem like a predator but added, "one has to conclude that Mr. Jones has been cruel to his animals."