Maybe Pet Owners Need To Be Left In Hot Cars So The Dogs Can Shop !

These poor innocent dogs were like children to this couple? They claim (he does, anyway) that there is no way in hell "they" would do anything to jeopardize them. Huh? Maybe you need some cheese with your whine. I don't buy your story for one minute. Isn't the Humane Society of Wicomico County closed on Sunday? I wonder if these people have any idea as to what goes on in a poor dogs body when he is dying in the heat? They probably don't and they could probably care less.

Here's a news flash! People that LOVE their pets and consider these animals their children and as part of the family DO NOT leave them unattended for ANY amount of time. Vaccinations, flea treatments and hair loss? These poor animals were neglected long before they were left unattended in a vehicle. I don't even want to think what this would be like if they had been real children.

Maybe the two of you should be made to take these helpless animals to a doggie spa for treatment while YOU BOTH wait in a hot vehicle for a few hours! Unthinkable? Cruel? 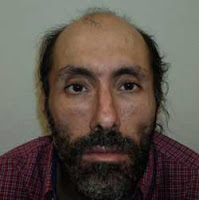 SALISBURY -- A Berlin couple charged with multiple counts of animal cruelty after city officers found six dogs locked in their Dodge Durango parked outside the mall denies allegations that they left the canines in the car for several hours.

Shannon Mecall Hussain, 34, and her fiance, Kirt Barren Greenberg, 45, of West Street, were taken into police custody after officers used a department issued baton to unlock the doors and release the dogs.

"We raised them from babies," Hussain said. "They were our children. There's no way in hell we would do anything to jeopardize them." 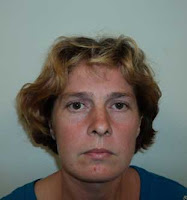 An unresponsive German shepherd lying on the floor of the vehicle had a weak pulse, according to police. An officer was able to revive it two times after performing CPR, but was unsuccessful a third time.

Police expect a necropsy report on the deceased dog to be completed sometime next week.

Hussain said the couple drove the six dogs to the Humane Society of Wicomico County on Sunday morning before driving to The Centre at Salisbury. She said Greenberg's necklace broke while they were at the Humane Society, so they drove to the mall to have it repaired.

Hussain said she waited in the vehicle with the dogs while Greenberg went inside. She left the dogs to take Greenberg his wallet but denies leaving the animals for more than 20 minutes.

"I thought I was a little quicker," Hussain said. "I rushed as fast as I could."

People often leave their dogs in the car while shopping or running errands, but leaving a pet in the vehicle during extreme weather "can literally be a death sentence," said Nicole Forsyth, United Animal Nations President and chief executive officer.

"People are under the misconception that dogs are tougher than humans are; that they can handle the heat," Forsyth said. "But the reality is they are more susceptible to high temperatures and depend on us to keep them safe. Even a few minutes in a hot car, let alone three hours, can be deadly."

The surviving dogs --a German shepherd mix, a golden retriever mix, a terrier mix and two Labrador retriever mixes --were weak and fighting amongst each other for water, according to police.

Witnesses reported to police that the vehicle had been parked since 2 p.m., according to charging documents. When witnesses checked back an hour and a half later, the dogs were still alone.

Hussain and Greenberg returned to the vehicle around 5:18 p.m., about an hour after police at the mall located the vehicle at about 4:17 p.m., according to court records.

After the dogs were released from the vehicle, they were transported to the Humane Society, where they were vaccinated and given flea treatments, according to Linda Lugo, the executive director of the Humane Society. One of the canines who was suffering from hair loss was sent to a veterinarian.

Hussain and Greenberg, who have since been released from the Wicomico County Detention Center, have not given up the dogs for adoption so the canines will remain at the Humane Society until the animal cruelty case for the couple has been adjudicated.

"Whether they get the dogs back or not, they will owe us restitution for (the) time they were in our care," Lugo said.

Meanwhile, Lugo cautions pet owners to think twice about allowing animals to travel with them during extreme weather in the summer months.