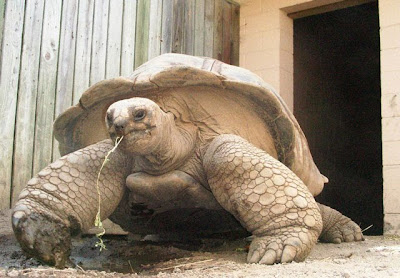 NORFOLK, Va. (WAVY) - The Virginia Zoo in Norfolk is about to gain some weight - 700 pounds to be exact.

Five Aldabra tortoises – the second largest land tortoise in the world – are moving into in a brand new exhibit at the Virginia Zoo on Friday at noon. The largest, a male named A.J., weighs 475 pounds.

A.J. and Lynn are estimated to be around 80 to 90 years old. The youngest turtles of the five, Dottie, Bubbles and Jackson, hatched in the spring of 2006. The lifespan of Aldabra tortoises is estimated to be over 100 years.

The tortoise exhibit was built by Virginia Zoo staff. Officials say its low barriers will help visitors feel even closer to the animals.