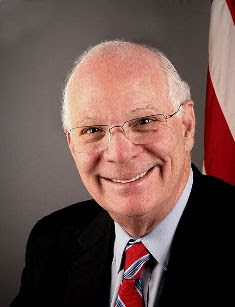 SMITH ISLAND-- U.S. Sen. Benjamin Cardin, D-Md., was scheduled to tour Smith Island on Sunday to meet with residents and tour federally funded projects as a kickoff to a three-day visit to the Eastern Shore.

It was his first trip to the island.

After that, he was expected to tour the new Rhodes Point pump station which has been online since December.

"It's something the senator worked hard on and supported," she said.

In addition to a new well and pumping station, the federal grant paid for new water lines.

After touring Rhodes Point, Cardin was to head over to the neighboring village of Ewell for a chicken barbeque and a meet-and-greet with residents.

Accompanying him on the trip were his wife, Myrna, and Somerset County Commissioners Mike McCready and Paul Ward.

Cardin did not have a public schedule on Monday, but on Tuesday, morning, he was scheduled to tour the NASA Wallops Flight facility. to see the Mid-Atlantic Regional Spaceport and the U.S. Navy's Surface Combat Systems Center.

After that he was to travel to the Salisbury-Wicomico Senior Service Center to discuss the new health care law and how it will affect seniors with members of the senior advocate and health care communities.

Later in the afternoon, he also was scheduled to visit the Choptank Community Health System's Cambridge Dental Center and Fassett Magee Health Center, which recently received a grant award of $1 million in recovery funds that to expand dental services.