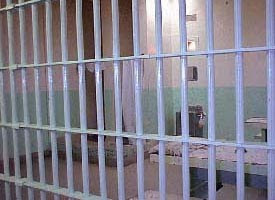 A Baltimore jury gave out the city's first gang conviction Monday, finding Dajuan Marshall guilty of first-degree murder, conspiracy to commit kidnapping and participating in a gang — known as the Spyda Bloods — resulting in death.

Marshall, 28, is said to have killed rival gang member Kenneth "Cash" Jones, who belonged to a different Baltimore set of the Bloods. Prosecutors said Marshall "wanted to run the Bloods' gang in Baltimore and saw Jones as an obstacle," according to the Baltimore City State's Attorney's Office.

The murder conviction carries a maximum term of life in prison, though the gang conviction could add 20 more years and a fine of up to $100,000, the State's Attorney's Office said on its Facebook page. Sentencing is scheduled for Dec. 17. Co-defendant Kedar Anderson will be tried separately.

The case is the first to test a 2007 law known as the Maryland Gang Prosecution Act before a jury. It allows for enhanced penalties if prosecutors prove that an underlying crime, such as murder, contributed to a criminal, gang conspiracy. The law was strengthened during this year's legislative session.

In a statement, Gov. Martin O'Malley said he was proud to have signed the act into law, saying it was "yet another tool for Maryland prosecutors to put individuals who terrorize our neighborhoods behind bars."

That's a real nice thing you did Gov. O'Malley. But how long will you keep them behind those bars?