This is NYC on Madison Ave
If they get their way, (and this IS their goal), there will be no "seperation of Church and State".  Their Church (Islam) will be the State. 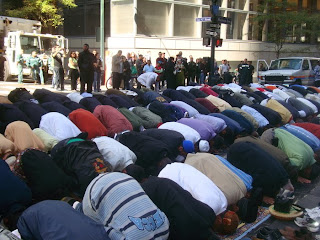 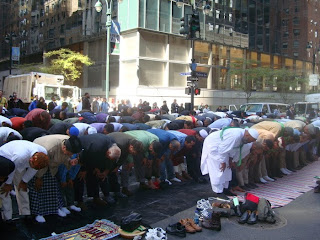 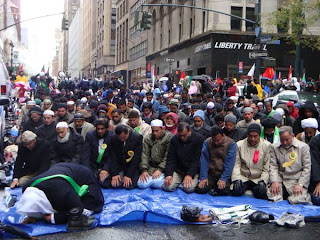 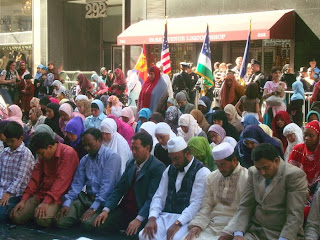 "For evil to flourish, all that is needed is for good people to do nothing."  Edmund Burke

Why don't the Christians do something similar on Sundays?

Christians can't even have a nativity scene in public, can you imagine the outcry if Christians blocked a street? Good grief, the ACLU and the liberal Atheist would through a tissy-fit just like they did when the little kids were praying on the sidewalk of a federal building entrance.

This post is complete horse crap. As a resident of New York who hails from Maryland, I can tell you that Muslims do not block Madison and 42 Street every Friday. And by the way, this country was founded on the division of church and state, and religious tolerance. Not to mention that they have the right to pray just like everyone else.

so NOW because it's not Christians "they have the right to pray just like everyone else" ? who else?

But we get it. Because these radical muslims want to pray, build a mosque as a flag planting victory symbol, blow up buildings and kill 3000 people it's all ok because Olberman and Obama say so, yea we get it, typical left wing liberal hate and blame America rhetoric